Made on the Canal – Brill Brum Art 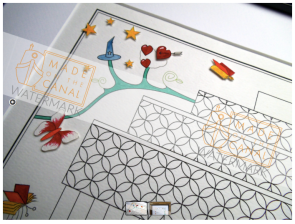 introduced to the previous designer-in-residence at Birmingham City University, Thomas Parry, perhaps better know as Made On The Canal.  We’ve had such a wonderful response to our new logo and banner that we really want to share this designer’s wonderful work with you – and at the moment you might still get some stocking fillers from him in time for Christmas!

Birmingham born Thomas grew up in Northern Ireland but then returned to Brum where he studied at BCU from 2007, graduating some years later with an MA in Product Design.  While his first love was ceramics (“I like to get

mucky!”) he’s finding success now, alongside his full-time non-design job, in working on commission design pieces, and selling his iconic line drawings of Birmingham’s landmarks, in a  similar style to our logo, under the moniker Made on the Canal.  Why that name?  Because, of course, he lives and designs on his narrow boat – The Menace – that travels the Grand Union Canal network.

His drawings are instantly recognisable as the sites of Birmingham, even though only drawn with black lines on white.  He said: “I spend as long as is necessary to discern the defining features, lines and patterning that fix that particular building/landmark in our minds.  Dimension, sense of scale and proportion are all significant. How this plays with space once it is free from the overall skyline on a single piece of paper can only be worked through once I begin stripping away the everyday to lift the form of the structure from the page”.

If you’re after a Christmas gift for someone then check out his website, http://madeonthecanal.co.uk, for brilliant value hand finished prints (and there’s 20% off until 14/12/16).  Thomas can bespoke them if you wish, adding or removing detail and colour as required.  A particular favourite of mine is his A1 Birmingham City Centre Map which is interesting art for any office or modern room.  He’s created the map by drawing 2D line images of the city’s landmarks then connecting them with roads so that from each point on the map you can see the buildings that are there.  The irregular skyline is great too.

We can highly recommend him for commission pieces.  We explained vaguely what we wanted for logos, banners, and business cards and he worked with us to hone and tweak them until we were happy (and we’re very difficult customers).  It’s great to be able to support a truly local and independent talent in Brum, and hope you enjoy his work too.

Find out where to eat, drink, and be merry in Brum.
View all posts by outinbrum →
This entry was posted in Article, Special Event and tagged birmingham art, birmingham prints, brum art, brum prints, made on the canal. Bookmark the permalink.