One of Birmingham’s most interesting historic buildings, which we were lucky enough to recently have a peak inside, is set to be brought back to life after being awarded a £2.5m National Lottery grant. 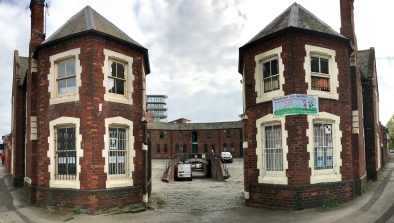 The funding will enable a partnership of the Canal & River Trust and National Trust to revitalise the Grade II* listed Roundhouse into a city base from which to explore Birmingham’s famous canals by foot, bike or boat.

Situated on Sheepcote Street, next door to recently opened The Distillery, the Roundhouse was built in 1874 by the Birmingham Corporation and was originally used as stables and stores. Designed by local architect W.H. Ward, the horse-shoe shaped building has become a real landmark within the city but over the last ten years the majority of it has been steadily falling into disrepair.

The investment from Heritage Lottery Fund (HLF), together with the combined expertise of two major heritage organisations, will see the building restored to its former glory and rejuvenated as a focal point on the city’s canals.

As well as offering a base from which to explore the canal network, plans for the Roundhouse include a café, a cycle hire and repair workshop, volunteering opportunities and a shared working space. It’s anticipated that The Roundhouse will attract over

50,000 people a year, both from the local community and visitors from further afield.

The people of Birmingham will have an important role to play in the project. There will be a range of volunteering opportunities available and lots of chances for people living nearby and local partners to get involved, helping to shape the activity programme and tell the stories of Birmingham.

A fundraising appeal will also be launched to raise the additional funding needed to bring the project to life.

Local people will soon have the chance to explore the Roundhouse for themselves with events celebrating the history of the building, and encouraging people to explore the city’s canals, set to kick off in the summer. The building has already been used as a venue for this year’s Flatpack Film Festival and the Birmingham Literary Festival.

The £3.3m scheme was awarded an initial development grant of £225,000 by HLF in December 2015 and has now been given a full £2.5m award to enable the scheme to go ahead. Additional funding has been provided by the two partners. 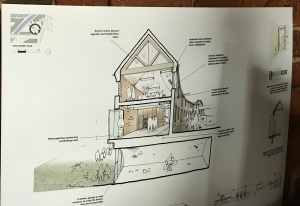 news for Birmingham, and will breathe new life into one of the city’s most recognisable and much-loved historic buildings. The Roundhouse will be a fantastic place to showcase Birmingham’s waterways and heritage and inspire people to explore all that the city has to offer.“There’s an exciting future ahead but to realise it we really want local people to join in and get involved whether that be through volunteering, donating money or simply participating in some of the amazing events and activities that will be taking place.” 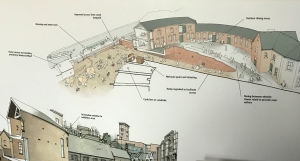 Lucy Reid, Assistant Director of Operations at the National Trust, said: “The Roundhouse project is all about partnership and co-creation. The end result will be an inspiring and atmospheric space at the heart ofour city’s canal network from which to explore the waterways and the hidden histories of the people who made Birmingham – lamplighters, boatspeople and horses. There will be night-time paddles, ‘untours’, film

s and events, office spaces and a café. “

The grant has been awarded through HLF’s Heritage Enterprise programme.  It is designed to help when the cost of repairing an historic building is so high that restoration simply is not commercially viable. Grants of £100k to £5million bridge the financial gap, funding the vital repairs and conservation work needed to convert derelict, vacant and under-used buildings like the Roundhouse, into new, usable commercial spaces that can have a positive impact on local economies. 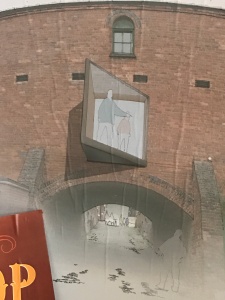 Find out where to eat, drink, and be merry in Brum.
View all posts by outinbrum →
This entry was posted in Area: Brindley Place, Article. Bookmark the permalink.